One of the struggles of being an Orthodox Christian in a place like Malaysia is finding access to Orthodox resources. Fortunately, we live in the age of the internet, which makes life a little easier for us.

Ancient Faith Radio is a free streaming radio service, run by the Antiochian Archdiocsese of North America. Nevertheless, it is a very pan-Orthodox effort, with music and contributors from many different Orthodox traditions. Ancient Faith Radio is very valuable for small, isolated, Orthodox Christian communities like ours. They run two channels: Ancient Faith Music, that plays Orthodox music more or less exclusively and Ancient Faith Talk which runs other radio programming, like talk shows and interviews. The station is almost entirely listener supported, and the few advertisements they do air are for products and services aimed specifically for Orthodox Christians.

It is wonderful to be able to listen to top quality Orthodox music from the other Orthodox traditions. Their collection is vast and rather eclectic. The educational segments are also very affirming. I have been particularly blessed by the short segments they do on the lives of the Saints. 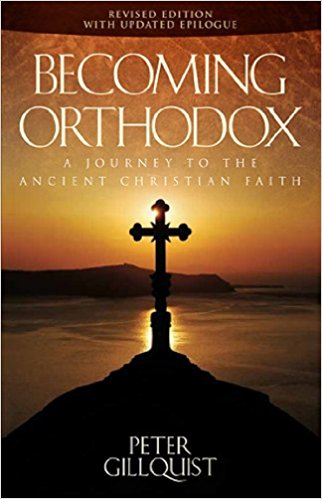 Father Peter Gillquist is a name familiar to many Orthodox Christians in the United States. He was one of the leaders of a house church movement that, in 1987, chose to enter en masse the Antiochian Orthodox Church, bringing 2,000 Protestants into canonical Orthodoxy.

Becoming Orthodox (Ancient Faith Publishing) is the first-person account of their remarkable journey. The book begins in the late 50’s, as Father Gillquist “finds Jesus” in a through Campus Crusade, a protestant organization that ministers to college students in the United States. Gillquist eventually becomes a Campus Crusade staffer. In the early parts of the story Gillquist struggles with finding the proper place of his campus ministry within the Christian church. He talks about how lifeless the institutional  church seemed to him, in contrast to the vibrancy and authenticity of his campus community. And yet his Campus Crusade group was not, and could not be the Christian church.

Gillquist develops a vision of what the true New Testament church “should” be. In 1968 he leaves Campus Crusade, and together with a group of like-minded friends forms a network of house churches that bring about this vision.

In the middle parts of this book Gillquist and his group go into an in-depth study to figure out what the Christian church of the first few centuries really believed. The middle chapters contain a lot of explanation of basic Orthodox Christian theology, as he and his friends discover that the historical church worshiped and believed just as today’s Orthodox Christians do.

There is a surprising amount of suspense at the end, as Gillquist’s movement (who now call themselves the “Evangelical Orthodox”) decide they want to join the Orthodox church.  Gillquist writes candidly about the resistance they encounter both within their movement and in the Orthodox church leadership both in America and abroad. Eventually, most of the leaders of the Gillquist’s movement agree to take their churches under the Antiochian Orthodox church, and the book ends with the joyous account of these mass conversions.

I spent several years working with a bunch of different campus protestant Christian organizations in the United States (including a spell with Campus Crusade) and so I found Gillquist’s account very relatable. I definitely felt a similar tension in that the work I was doing seemed like a blessing to other college students, but the campus ministry also felt unhealthy in that, for some of our members, involvement in our group was “replacing” the church, and that as a consequence we were propagating a form of Christianity that was watered down and incomplete.

Fittingly for a former Campus Crusade staffer, Gillquist’s book reads like a good “personal testimony” of a man finding God. His anecdotes are very engaging, the language is lively, and the conclusion is incredibly satisfying.  It feels like the intended audience for his book is protestant Christians unfamiliar with Orthodoxy,  since large portions of the book give a basic explanation of Orthodox theology and worship. Nevertheless, this is a very worthwhile and edifying book even for Orthodox Christians, and a compelling account of a man trying to follow God the best he can.

This relic of St John of Shanghai and San Francisco comes from The Dormition of the Theotokos Russian Orthodox Church in Singapore. One of the priests there crossed the border this weekend for a visit, so I got to snag a photo. I believe this is a piece of his priestly garment, and a lock of hair.

Saint John, pray to God for us! 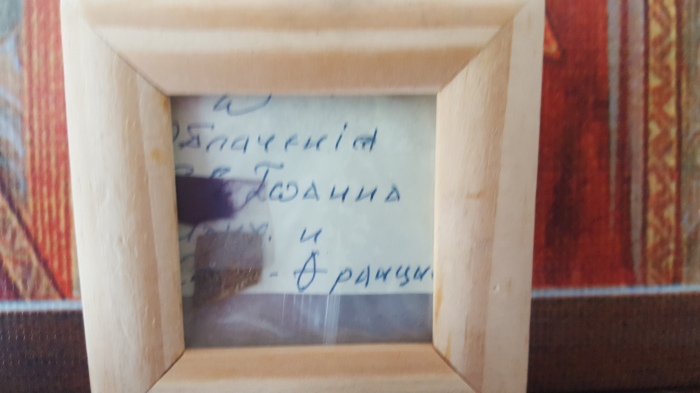